A finished spinning project and some coffee

5.7.11
I took a long weekend so that I could ply the green singles I've been spinning for the last two months, that I showed you in the previous post. Each single is made of a different fibre: there is 200 grams of Miss Babs merino/ bamboo/silk, which she had accidentally marked at eight dollars, instead of eighteen. There is 200 grams of alpaca, which was gifted to me by Brent, and 200 grams of blue faced Leicester/silk. I dyed the last two myself with acid dyes and set off to spin it. 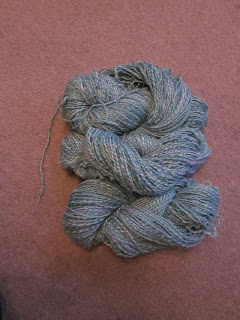 I've come out with a total of 628 meters and 565 grams. I failed to realise that the alpaca is heavier, and will therefore be shorter than the other fibres. On the other hand, I'm very happy with how it looks, feels and smells. 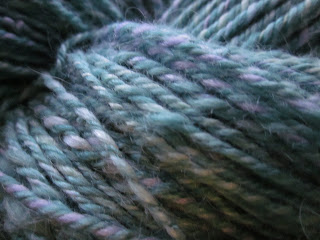 I'm still planning on making Vinelle… sort of. I'm going to knit it top down using Barbara Walkers formulas, and it may have short sleeves, depending on how far the yarn stretches.

After I finished spinning this I started on some Ixchel Wensleydale. I'm spinning it laceweight, to ply with the stuff I am currently preparing on my spindle. I've never spun Wensleydale before, but I'll definitely be spinning it again. It's shiny and smooth but slightly haloed with a bit of crunch and an absolute joy to spin. 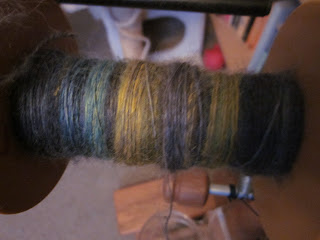 In other news, I am currently drinking a cup of home made coffee. I don't usually have coffee after work but two things have happened: the Tour de France is on, and I am exhausted already, and Tarragon broke my plunger. I even took a picture, because I thought it was so tragic, although I rather like the photo. 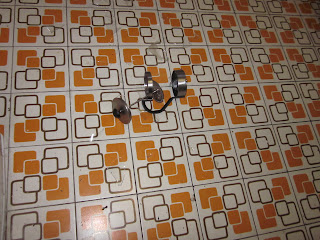 In order to make coffee I bought myself a new unbreakable coffee device and I love it. And, in case anyone is wondering, I do actually love my 1970s orange kitchen. 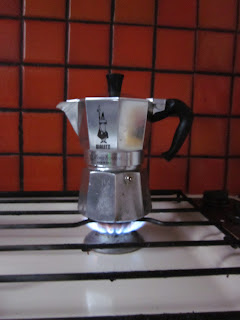