25.8.14
It turned into a good weekend for giving (and getting photos) of some knitted gifts. First Anne-Marie sent me a photo of her baby wearing the jumper I knit for them.  I know it looks short, but actually the baby is in the 80th percentile for length. 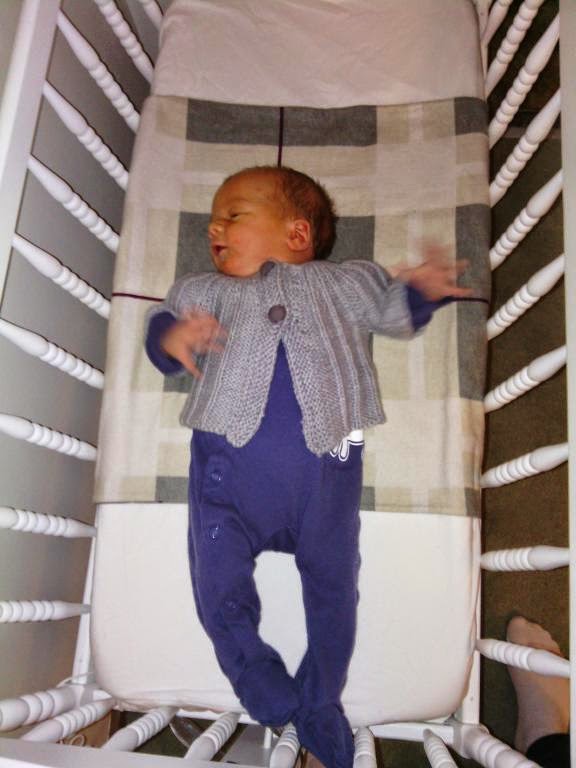 Then on Friday night I gave my father his socks. I didn't take a photo, you've already seen them and socks are socks. 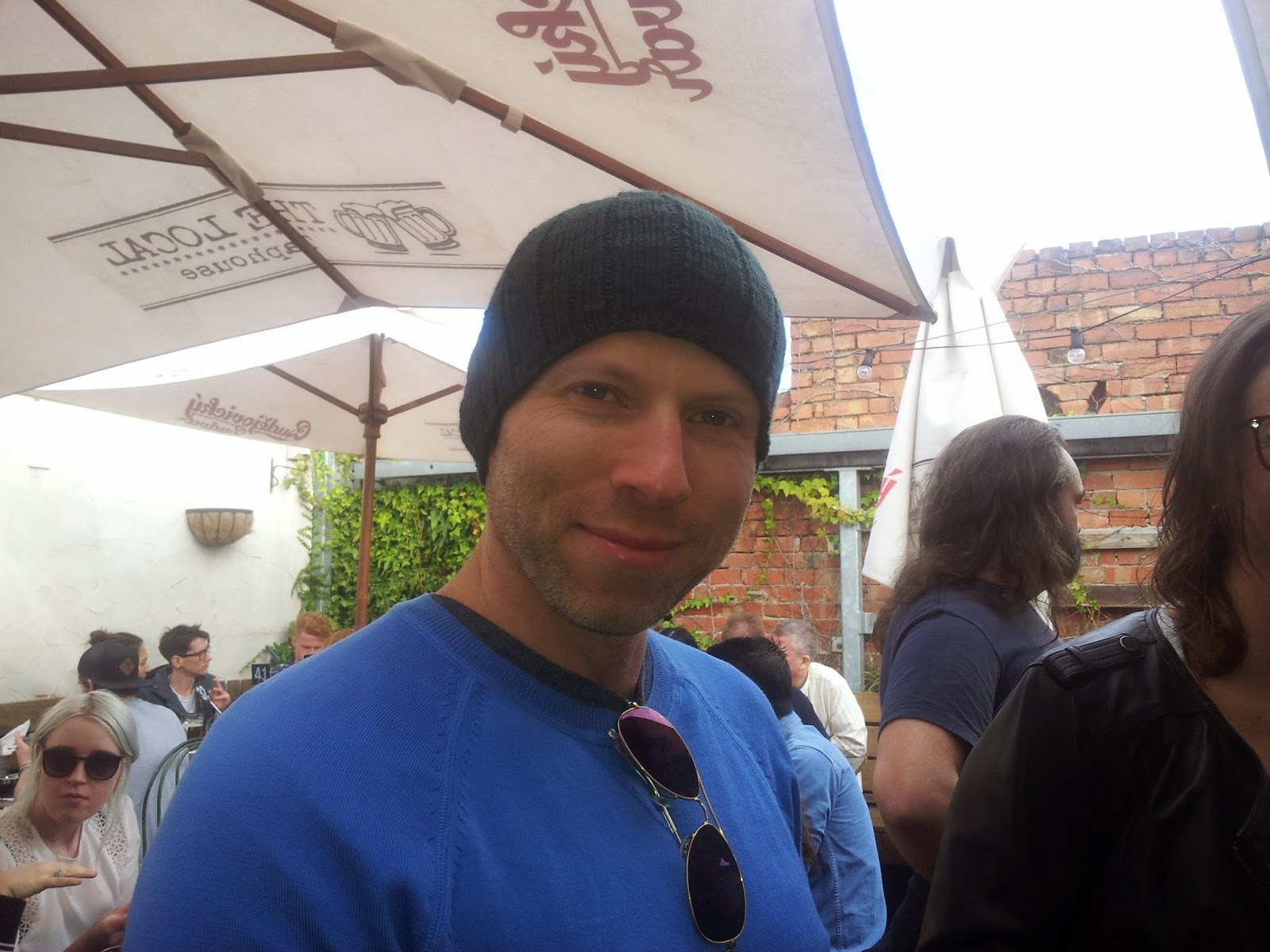 Then on Saturday I saw Shoni, so I got to give him his hat.   He commented on the colour and the softness of the wool, and it fit him perfectly so that was a win. I also think he was quite touched by having something knit for him, which is a win. His partner Lu remarked that she had the mitts that I knit her in her bag too, which was pretty flattering. I love it when people get use out of my knits and this family (being Elise's brothers and their partners) seem to really wear the knits. 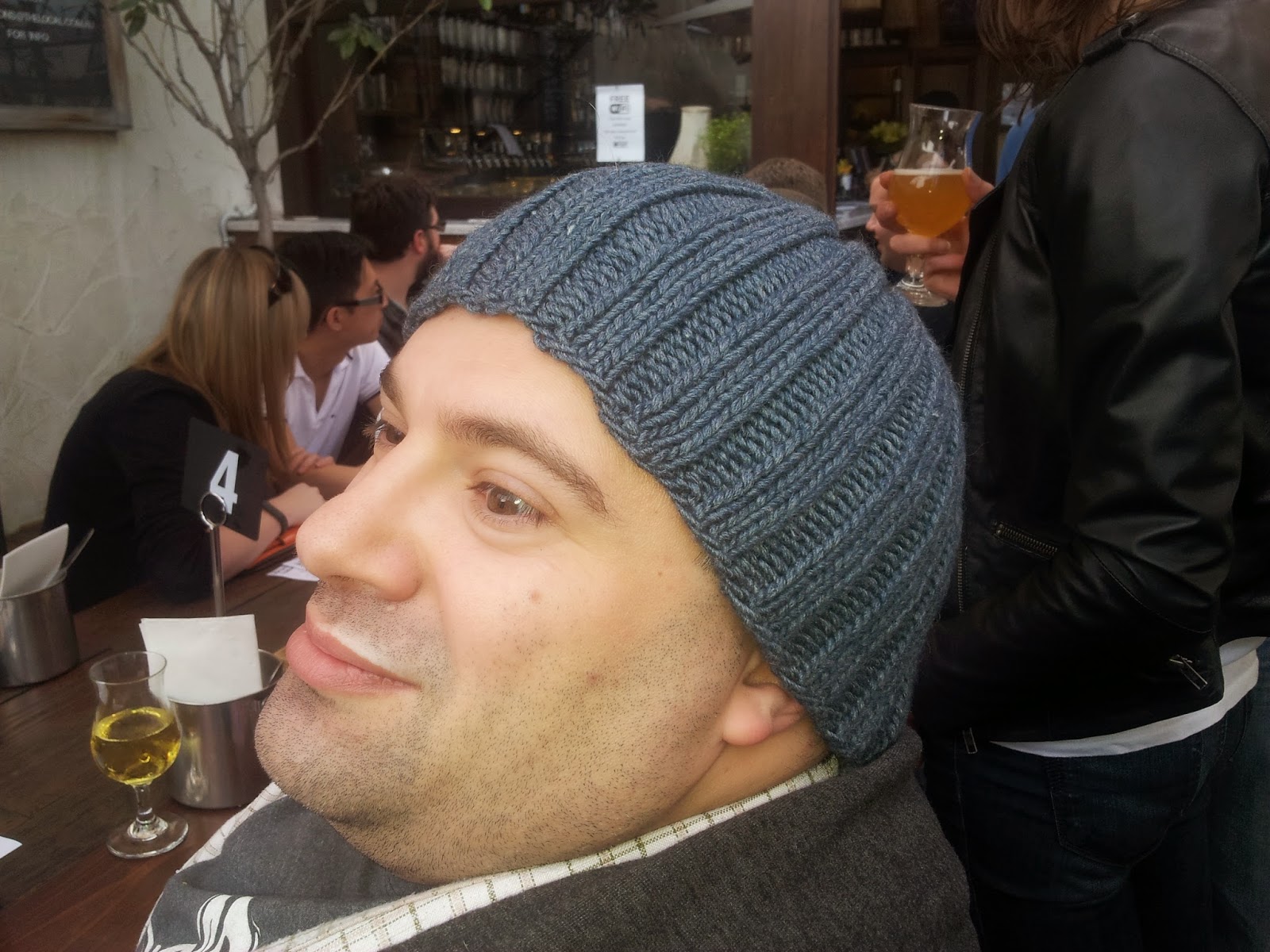 We were actually out for Raph's birthday and I decided to give Raph the giant hat that I originally made for Shoni.   Since Raph has a giant head, it fit! So that hat went from a fail to a win. Raph also commented on the softness of the wool, I don't know what sort of horrible yarn they were subjected to as kids! I think Raph may have been the first person I knit a gift for, way back, before I even joined Ravelry.
So that was a very satisfying weekend, finally giving away - and getting pictures of - all the gifts I had knitted.