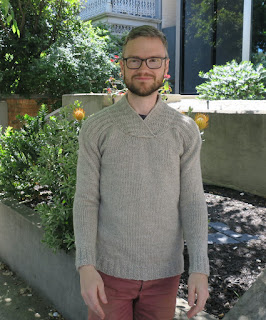 I know last time I said I would block my next project before blogging it, because it's the right thing to do, but with this one I had to. Right until it dried, I was convinced that the neckline was a fail. 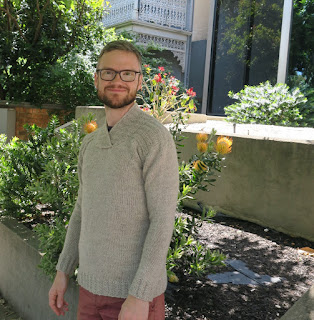 This happened for two reasons.

1) A rather "interesting" neckline construction 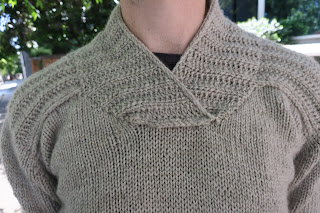 2) The pattern calls for positive ease, and Leon likes his jumpers with less ease, so I made it with less ease. Not a great plan, although it still looks pretty good: 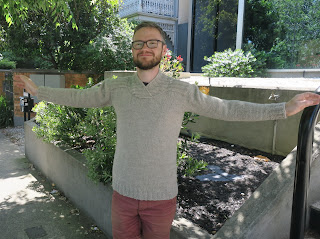 There were NO projects on Ravelry for this. I knit it because I thought it would be great to support an Aussie designer. The thing is, most designers get people to test knit for them, and then the test knitters put their projects up. Apparently this didn't happen here. 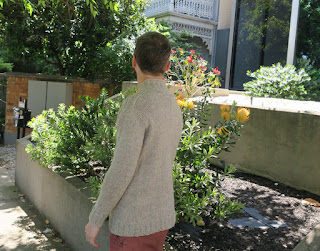 I don't love the way the short row sleeve caps start three rows in, I think it makes the turns more obvious than when they are flush against the body. Although that might also have been heightend by the negative ease issue.

And one last note on the yarn NorthEast Yarns Luxury 8 PLy Silk Blend- truly lovely to work with, and only used 440 grams, which means I have 560 grams to make something for me!