It's that time again.

31.1.20
The time that happens in every major project where I'm convinced it is too long, too short, too wide, too narrow, too yellow, too not teal enough, just WRONG. 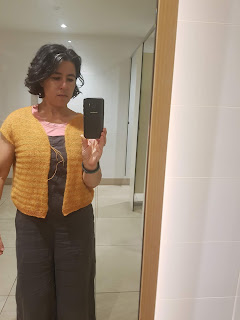 I cast off the body of Elton last night, and now I think it's too short. I could rip back and add an extra couple of rows. although it has to be 8 rows, because of the pattern. And if it was longer it would be too long. And this is my last chance to decide, because once the button bands are on I'm not ripping. I can't say the idea of taking out the sewn cast off is much fun, but I would do it if it I thought it would help.


But it isn't actually too short, although it looks too short off and maybe it's ok. It might be exactly right. 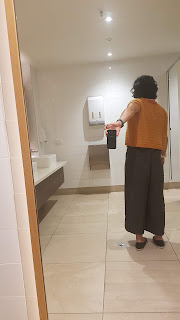 I spent about 20 minutes in the bathroom at work taking awkward bathroom selfies and worrying about it. 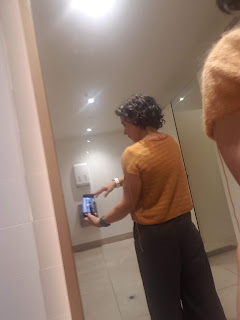 Instead, of ripping I'm going to take deep breaths and remember that actually, cardigans come in lots of lengths, and this one is (probably) just right. The only way to tell is to finish it. I guess I've got a busy weekend in front of me.