Yarn along - with bonus rage


This week I'm still knitting Ysolda's Angastora Vest, and I'm still annoyed about the way the pattern is written. The vest itself is lovely, but there have been a couple of times when I just could not understand what the pattern was asking me to do, and times when Ysolda has just not obeyed pattern writing conventions, which has made life confusing. On one row the patterns say to "knit all stitches" when the picture looks like it's in the rib. There is a 19 row chart which has 13 charted stitches, but I'm knitting 16 stitches and it says to maintin the three border stitches on each side. It just doesn't add up. I shouldn't be guessing. If I wanted to make up the pattern myself I could have just looked at the picture and hoped, which is basically what I am doing now anyway.Don't get me wrong, I'm loving the project, it's just I expect more of Ysolda. Anyway, I'm up to the second part of the front, so I'll be done in a couple of days. 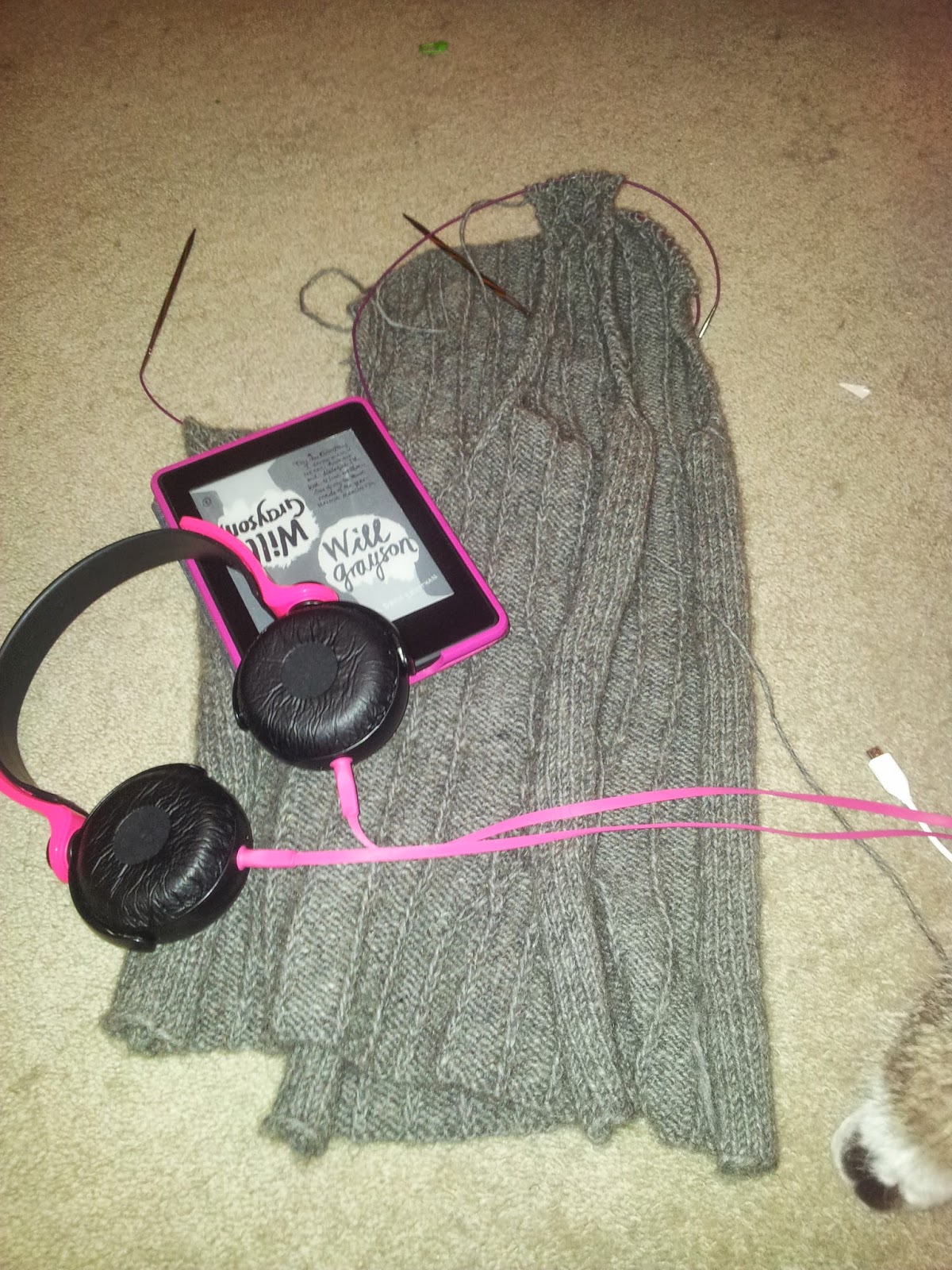 I've just started reading Will Grayson, Will Grayson  which is young adult fiction. I can't say I've really gotten into it yet, but I'm only three chapters through, so maybe it will grow on me.
I'm listening to Love in the Afternoon a rather terrible trashy romance. I'm not sure how or when it appeared in my Audible library, but I'm enjoying it, even though it is formulaic and predictable.
And look, I got the yarn-along button:

It's very pretty, and now I feel like I am rally playing along.  Check out what Ginny and co are knitting over at her blog: http://www.gsheller.com/