On Monday night Kris brought some destash to Richmond Knitters: look at these beauties I picked up:
This is going to be a dog jumper for George: 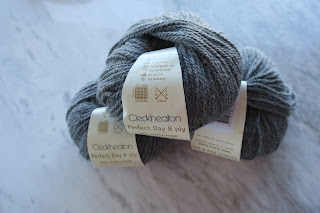 And this is going in my What the Fade: 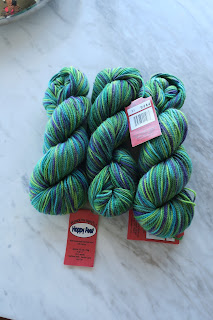 (I think I’ve got all my colours, except the one I’m going to dye, and the one I'm going to buy there but that’s a post for another day)
And this: 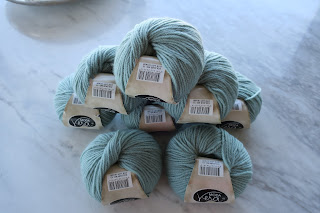 Well, I don’t know, but it’s my favourite colour and I’ll work it out.

After another really fun night I left, later than I should have, as usual. I got to my bike – which had developed a flat back tyre. No big deal, I know how to fix a flat. I found a staple in my tyre, pulled it out and tried to reinflate the old tube to see if that was the cause of the problem. Except my pump was broken. Stuck on the side of the road at 9pm, with no way to fix my flat, I decided to walk home. Google maps said it would take an hour, which was annoying, but it was a nice night. As I put my phone away a random stranger asked me if everything was ok. I told him I had a flat I couldn’t fix, and he said he lived just around the corner and had a pump. So I followed him home. And because he wasn’t a creep, he left me on the street outside his place, went and got the pump, and helped me fix my flat. It was just so random, and so lovely, and I’m so touched by the kindness of a stranger who took the time to ask if everything was ok, and then leant a hand, just because he could.