Celebrating Halloween in Australia is a relatively new thing, and I have grave doubts about it. Partly because of concepts like  cultural imperialism, increasing corporatisation and international monoculture and resulting cultural homogeneity, but mainly because I'm a bit of a Grinch. If you are very, very (un)lucky, I'll have a couple of drinks at Christmas and do a post about how I feel about that particular holiday. 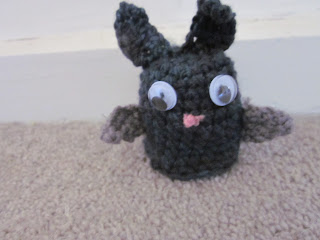 All that aside, when I saw Vlad-to-Bat  I had to make one immediately. It's so cute, and rather evil. It's a crotched, reversible bat/vampire doll I used 4ply scraps held double, because I didn't have much in the way of 8ply leftovers. I think he's particularly cute in his bat form, although I am fond of the scary vampire thing he's rocking here. 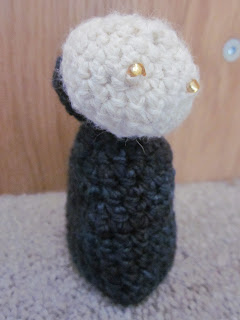 In both his forms he is clearly a vicious, bloodsucking attack creature.  Leon took him to work, where he is happily living on Leon's desk. 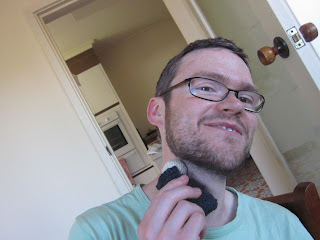