Oops I did it again 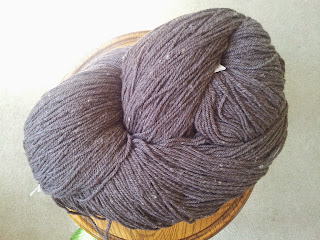 I cast on a jumper for Leon. Shouldn't be weather appropriate, since we are going into summer, but I felt like knitting something both big and simple and Knockamore, by Carol Feller, seemed fit the bill. And the weather is really cold and rainy and horrible. I'm using some beautiful natural wool coloured Bennet and Gregor yarn, which I bought at this year's Bendigo, and which comes in huge single skeins, weighing 500grams each. 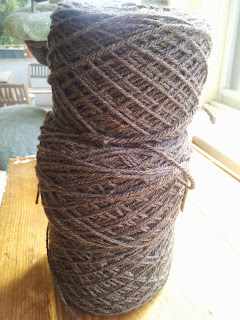 I cast on the first sleeve (at the pub, but with my first drink, so that wasn't the problem ) I really struggled to get the pattern established, but eventually, after a lot of counting, I got it established. 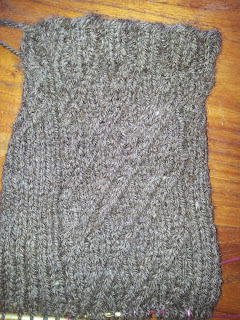 Then I knit the first sleeve, without any major drama, until I cast on the second sleeve and realised I had, once again, misread the instructions. Basically there is meant to be a lattice pattern at the cuff, for which I have accidentally substituted the slant pattern. All of which is fine, I'll just have to replicate it on the left sleeve. I also have to decide whether I want to substitute the lattice on the bottom of the body for plain ribbing or include it as the pattern is written. While the error was clearly in my reading of the pattern, it would have been helpful if the pattern book had included some photos of the bottom of the sleeves and the jumper. Anyway, onwards with the second sleeve.