13.11.16
In 2012 I knit the Kate Davies pattern Warriston. She describes it as an outdoors smock. I don't remember how I thought I was going to wear it, but when I finished it it was larger, looser and well smockier than I expected. This is the picture from when i finished it: 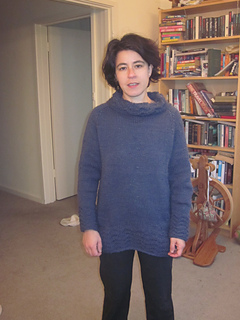 I didn't think I'd get a lot of wear out of it, but it turned into my everyday evening winter house jumper. Leon and I heat the house less and less, and this warm, cosy comfortable sack  smock, has done a brilliant job of keeping me cosy.

But now it's pretty dead. The yarn was never very soft, but it has pilled like crazy: 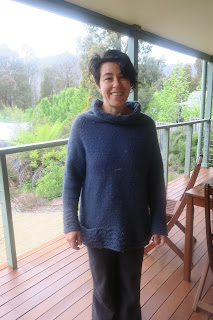 The sleeve decreases were done without leaving stitches in between, so they are gappy, and there are holes under the arms. 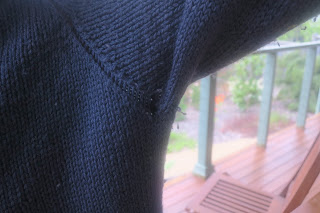 And in the back, as well. It's like I cut the ends too short when I sewed them in or something. Which may well be what I did. 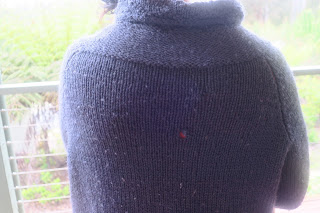 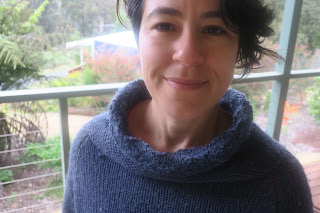 So that's why I've cast on another one of these, in a rather more luxurious yarn. I'm hoping to make a smock almost identical to this one, because I love it so, so much.