Slankie, a rather abrupt finish

26.5.14
I knit on Slankie all day Saturday. We did a "PoO" pub crawl, hitting four venues (including the particularly craft friendly Two Row Bar)  By the end of the evening, my colour E - the pink yarn, was hopelessly tangled. I spent the tram ride home trying to untangle it, but realised it would make more sense to try it in the morning, before the beers, rather than after them.
In the morning I untangled it and made a tiny pink ball of yarn. Very tiny. There was no way it was going to stretch to the next short row wedge, but I decided I could sub in some purple lace weight. And then I picked up my knitting project bag, and it seemed oddly light. I reached in and utterly failed to pull out the final colour that I needed to complete the shawl. So, I finished the bit I was on and cast off. It's probably the same size as it was intended to be: I actually used a third more of the pink yarn than the pattern called for, and I did knit it on 4mm needles, rather than the recommended 3.75. Either way, when it came off the needles I was surprised how it looked, in a very pleasant way. I'm looking forward to seeing how big it is after it is finished blocking. 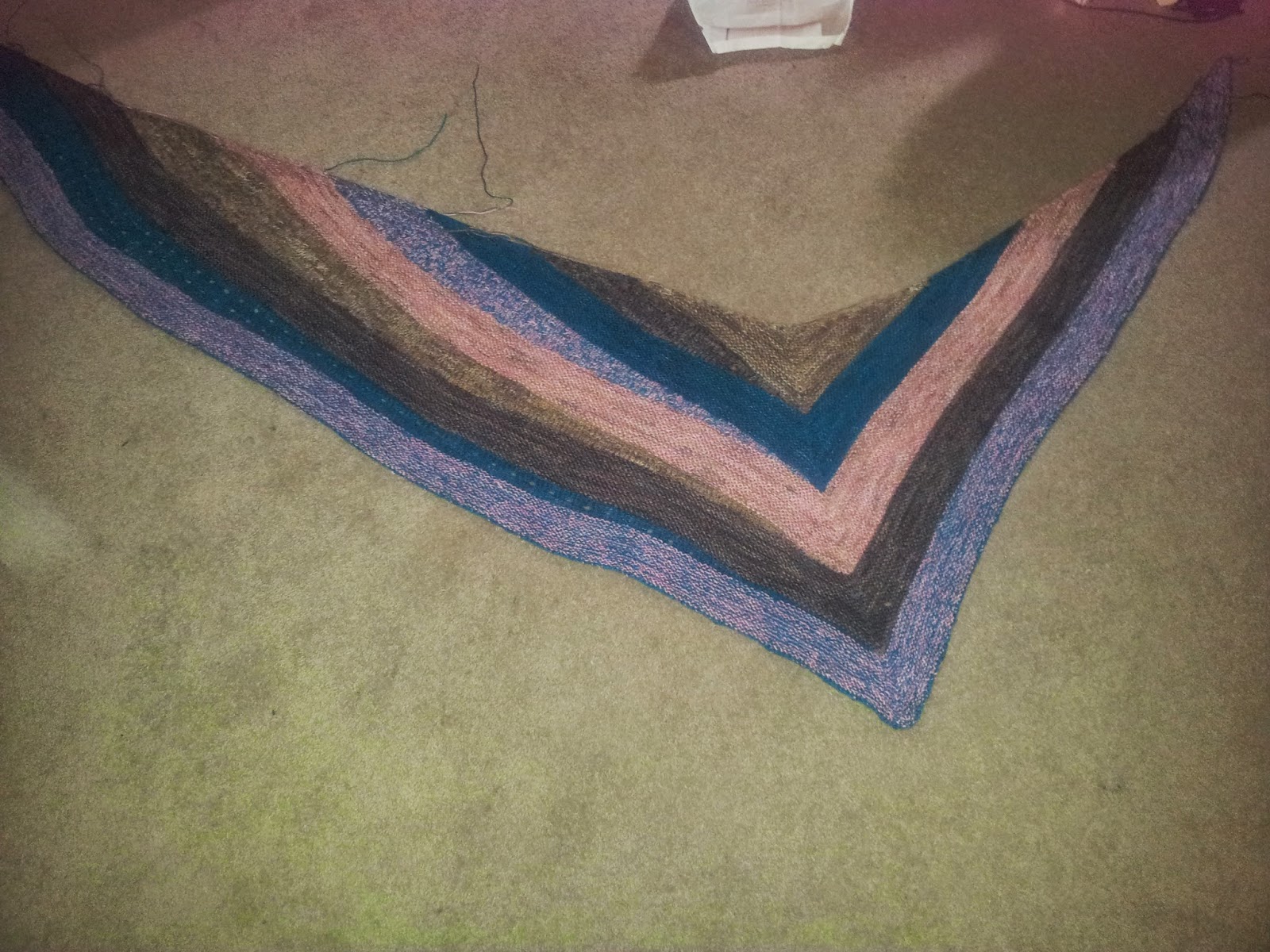