15.1.17
Once again, we went to the park on Sunday to photograph a shawl. This time it was A Hap for Harriet, knit in Shetland Lace Organics 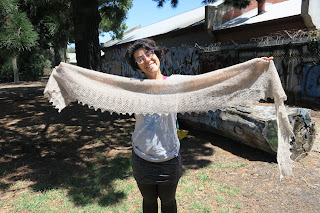 I'm quite please with how this came out, it ended up quite long, which I was rather worried about since I only manage 18 points on the increase/ decrease sections, and Kate Davies did 24. Still, it ended up plenty big ough 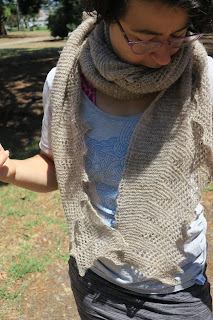 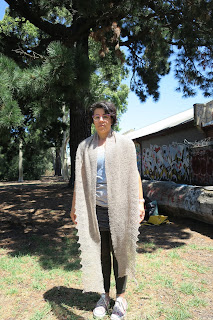 The pattern gives yarn percentages for the three sections, and I weighed my yarn carefully. I was still left with enough for two more repeats - when i finished it I held it up and noticed that my tension was noticeably tight for the second half! Still, blocking will fix any number of sins. 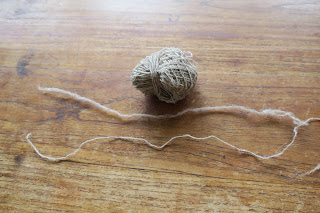 I have often wondered what is actually meant by yarn "blooming" well on this yarn it obvious. The yarn on the top was a yarn tale that went through blocking, the one on the bottom, that is not all fluffy, did not. 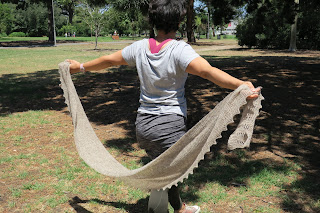 I enjoyed knitting this, and doing a knit-along with Kate. Somehow knitting the same things is even more fun than just knitting wonderful things alone. 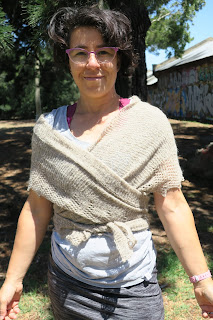 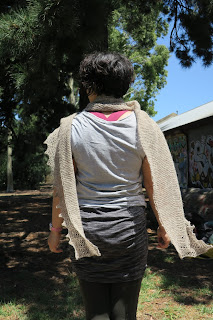